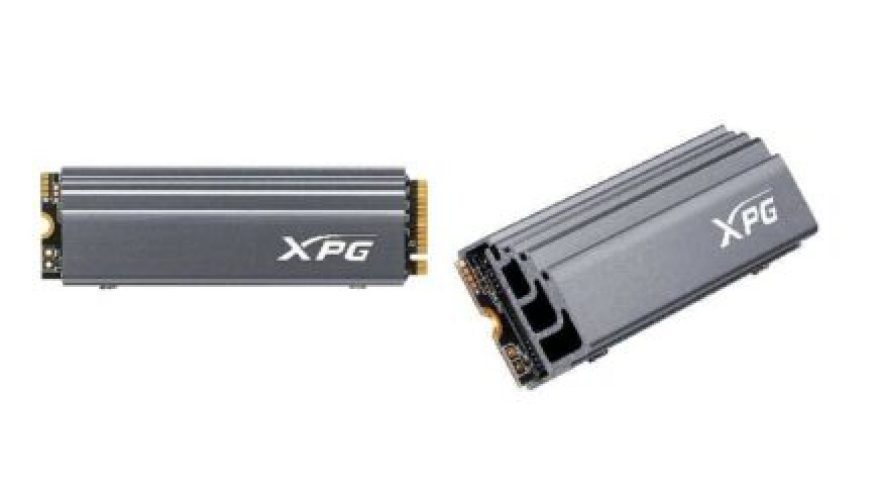 Does it support PlayStation? Under the operating environment of the PS5, the sequential read speed of both 1TB and 2TB models measured at 6100MB/s * To be able to work on PS5, PS5 firmware 21.02-04.00.00.42 or higher is required. The drive is designed to work with direct installation onto M/B, it may not work with external enclosure. Know more in ADATA XPG GAMMIX S70 Blade 1TB PCIe Gen4x4 M.2 2280 SSD review.

The S70 Blade can be used with laptops as well as for expanding the storage on the Sony PlayStation 5. ADATA is quick to point out that it meets—and in some cases (such as speed) exceeds—Sony’s M.2 SSD requirements for PS5 compatibility. A laptop, of course, will have to be a late-model AMD Ryzen or 11th Generation Intel Core model with 4.0-bus support to see the full speed benefit.

The Gammix S70 Blade uses Innogrit’s IG5236 controller, which provides some of the fasted recorded SSD speeds to date. It has 8 NAND channels that can run at up to 1200 MT/s with sequential read speeds over 7 GB/s, very close to the upper limit of the PCIe 4.0 x4 capabilities.

It also utilizes multi-layered TLC 3D NAND flash memory with hybrid SLC caching which is generally regarded as the “go-to” flash for high capacities without sacrificing read and write times. The S70 Blade is available in 1 TB and 2 TB models.

The XPG Gammix S70 Blade is equipped with two modules of Samsung DDR4-2400 MHz (C17-17-17) 4 GB, for a total of 8GB of DRAM storage. The Samsung DRAM is the primary difference between the original S70 and the new Blade as the original featured SK Hynix DRAM ICs. This change is likely due to the massive chip shortage plaguing the computing industry for nearly a year now. Many manufacturers have been swapping out components without updating the device’s specifications; it’s good to know that XPG has created a new SKU altogether.

As for sequential read and write speeds, both the 1TB and 2TB models of the S70 Blade are rated for a maximum throughput of 7,400MBps read and 6,800MBps write. This is very fast; only a handful of PCIe 4.0 drives—among them the Mushkin Gamma at 7,175MBps and the Samsung SSD 980 Pro and MSI Spatium M480 HS at 7,000MBps—have rated read speeds of 7,000MBps or higher.

The S70’s heatsink prevents the SSD from fitting into the motherboard’s secondary M.2 slot and also prevents the PCIe slot latch below it from locking to secure your add-in card (like a GPU) when placed in the first M.2 slot. Furthermore, if placed in an M.2 slot under a PCI slot, the S70’s thick heatsink may also prevent AICs from slotting completely into the PCIe slot.

Installation into the PS5 is a breeze with only a single Phillips head screwdriver required. This is largely due to Sony’s expectation of people needing to expand their storage. Simply pop off the PS5 case, and unscrew the storage cover held by a single Phillips head screw. Install the SSD the same way as any other M.2 drive would be and secure it down with standoff and screw Sony has provided inside the console. The PS5 is prepared for a new drive and once booted up will immediately start the formatting process for the new drive.

The PS5 is a fantastic piece of equipment and XPG is bringing the hardware to really take it to the next level. With the size of today’s games, a storage upgrade is almost a necessity for the next-gen of consoles. Bringing PC-level SSD speeds to meet the requirements of Sony’s console as well as some of the most competitive prices in the market XPG have delivered brilliantly for console gamers!

Perfect fit for my needs

Built a computer that can do anything. Thanks to it’s computing power, it was a perfect fit for my build. Gaming or cpu based jobs are blown by in a breeze. Fast read and write speeds are exactly what i wanted/needed and this so far is the best i have found because of its cache. Do look up pricing, as Best Buy price matches, thats why i shop here. So don’t snoose on that.

By Isac at Best Buy

Adata’s S70 delivers responsive results during PCMark 10’s Quick and Full System Drive benchmarks, but it isn’t quite as fast as the best SSDs we’ve tested. The S70 trades blows with Samsung’s 980 Pro and proves faster than the Sabrent Rocket 4 Plus during the Quick workload, but falls short when tasked with the Full workload that hits the SSD with over 200GB of writes.

During file copy benchmark. Adata’s XPG Gammix S70 copied files at 1,062 MBps, which is respectable and outperforms the US70 but falls short of the Phison E18-powered Rocket 4 Plus. However, it took first place while reading back our large file, delivering faster read performance than any other SSD in the test pool.

Crucial is one of the big names in affordable solid state storage, but has been notably slow at getting us a new PCIe 4.0 SSD. It’s been worth the wait, however, as the new P5 Plus is a fantastic entry-level Gen4 SSD. It may not have the peak speeds of the WD or Sabrent competition, but it can make a big splash in terms of those all-important price/performance metrics.

And, also importantly, it can easily outperform any PCIe 3.0 drive you can to mention, and for practically the same price. Even if you’re not running a motherboard with a PCIe 4.0 interface this will still work in an older PCIe 3.0 setup, and at the limits of that connection.

Since the first Gen4 SSDs launched there has been a quite significant price premium as a barrier to entry, and with the P5 Plus that has come down a hell of a lot. Using parent company, Micron’s latest NAND flash memory, and it’s own in-house controller, Crucial has been able to keep costs down and performance up.

In the rarefied air of PCIe 4.0 speeds it’s maybe a little lacklustre in peak and random performance, but it’s rocking TLC memory, not QLC, is still pretty damned quick compared to older drives, and is fantastically affordable.