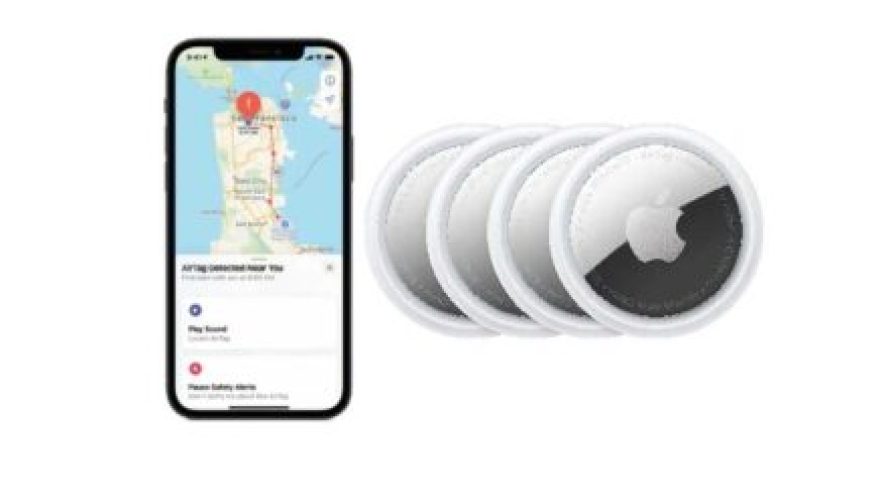 How many AirTags can you have? Any given Apple ID can have a maximum of 16 AirTags associated with it at one time. AirTag works offline and pings nearby Apple devices to mark its location online. With over 1.5 billion active Apple device users, there are very few locations on earth where you won’t be able to ping a lost device. What is Apple AirTags range and battery life? Know about more features in Apple AirTags review.

Apple’s AirTags can be attached to things like a keychain, a backpack, a bike or any other of your personal belongings, so that you can find them in the event that they get lost or taken. To find it, all you have to do is open the Find My app and, wherever your AirTag was last spotted, it’ll show up.

If you’re planning to use an AirTag while traveling, there are certain limitations that you should be aware of. Precision Finding, for example, won’t work in certain countries like Russia, Indonesia, and Argentina, with a list available in our AirTags travel guide.

The AirTag is a small, button-shaped tracking device with a glossy white front that can be customized with an engraving and a silver backing. There are CR2032 batteries inside AirTags.

AirTag measures in at 1.26 inches in diameter, and it has a height of 0.31 inches, or 8mm. It weighs 0.39 ounces (11 grams). All-in-all, it’s about the size of a piece of Mentos candy. It will be able to fit into most wallets, although it won’t fit as nicely as if it were as thin as quarter or the shape of a credit card. Apple AirTags range is wider due to its Bluetooth technology.

There are built-in speakers to play a sound to find a lost AirTag in the house, and you can either play a sound through the ‌Find My‌ app or ask Siri to find an AirTag with a sound. The AirTag’s piping sound is noticeably quieter than the Tile Mate—78.3dB vs. 99dB at six inches. Apple added a U1 chip in each AirTag so you can see its precise location indoors or out if it’s nearby, or its last known location if it is not.

Apple has not yet provided details the range of the AirTag, but the maximum Bluetooth range is around 100 meters, so an AirTag should be trackable at least to that distance. AirTags do not have a defined range because they work within the range of Apple’s Find My network. This means as long as an AirTag is within Bluetooth range of anybody’s iPhone (or other Apple device), it can passively communicate with it and then help you locate it.

AirTags are added and managed in the ‌Find My‌ app under the “Items” tab that Apple introduced in iOS 14.3. Like other Apple devices, each AirTag is displayed on a map in the ‌Find My‌ app so you can see its location. AirTags connect to your iOS and macOS devices over Bluetooth.

How often does it update? It depends! AirTags don’t broadcast their location directly to your phone. Instead, they relay their location information to nearby iPhones or other devices in Apple’s Find My network. Those devices then automatically and securely pass on that information to you.

If your AirTag is in a busy area where there are lots of iPhones coming and going, its location may be updated as frequently as every minute or two. But if your AirTag is in a comparatively deserted area, you may stop getting location updates altogether, because the AirTag quite literally cannot reach you if there are no other Find My devices in its radius.

In Lost Mode, an AirTag will automatically send out a notification when it’s detected by someone in the ‌Find My‌ network, and you can add your contact info so someone who finds your item can get in touch with you.

This works on iPhones and Android devices, so if you find an item, give it a scan to locate the owner. If in Lost Mode, the AirTag will also relay its location back to the owner through the ‌Find My‌ network.

If you come across a lost AirTag, or if someone comes across your lost AirTag, it can be scanned with any smartphone that’s equipped with NFC to bring up contact information.

Each AirTag you own is linked to your ‌Apple ID‌ and no one else can track it. Location data and location history are not stored on the AirTag, and devices that relay the location of a lost AirTag stay anonymous and location data is encrypted every step of the way.

AirTags use a replaceable CR2032 battery that is designed to last about a year before it needs to be replaced. The batteries are user replaceable, and to swap out a battery, you can press and twist on the back panel of the AirTag to pop it off. To remove the battery, flip the AirTag over to the polished metal side, push down and twist clockwise.

How to setup Apple AirTags for good range?

Remove the plastic tab from the AirTag, and it is ready to pair and use. Pairing it is similar to the process for paring AirPods.Pairing an AirTag

After it is paired, users can associate it with the type of item it is being attached to, give it a custom name, and change the emoji for the Find My icon.

Setup and basic finding feel like magic. Hold a new AirTag up to your iPhone or iPad, and it gets automatically detected. You can name it, and then the Find My app will start tracking it. To find the AirTag, you can tell it to make a little piping sound or play a game of hot-and-cold with distance. My AirTags said they were “connected” within about 45 feet, and a distance indicator appeared when I was within about 30 feet.

If an AirTag that someone else owns is in your belongings and has been traveling with for you awhile, your ‌iPhone‌ will send you an alert about an AirTag being detected near you, which will prevent someone from tracking you with a planted AirTag. You will get an alert on an AirTag that’s with you when you return to your home address or to a location that’s frequently visited.

Are they good for dog or pets?

AirTags aren’t designed to track pets. This is because if your dog or cat goes really off the grid, an AirTag won’t be useful unless they somehow walk by somebody with an iPhone. However, even though Apple doesn’t exactly recommend it, you can use an AirTag to track your pets. There’s a growing list of third-party AirTag accessories designed specifically for pets.

When it comes to tracking people, Apple baked each AirTag with security features to prevent against it. If you have an iPhone running iOS 14.5 (or later) and an AirTag that isn’t registered under your Apple ID is “following” you, then it’ll alert you via a push notification from the Find My app. If you have an older iPhone that can’t run iOS 14.5, or an Android smartphone, you’ll still get a warning about orphan AirTags that may be in the vicinity because any AirTag that’s been out of range of its parent phone will start making a noise after three days of isolation.

The Tile Pro was not built as a luggage tracker but it’s so small and versatile it can certainly be used as one.

It only uses Bluetooth technology so you need to be quite close to the device to find it – 100m or 300ft. However, they do allow you to make use of the “tile network” which means that other tile users can anonymously tell if when they are near your device. So, even if your luggage goes “wild” you might still be able to find it. Not bad, huh?

This is more of a “specific location” device and not so much of a “did my luggage arrive” device like the others above. In that way, it really depends on what you want a tracker for.

Or, you could use this as a bit of extra security to the Trakdot above which does not come with Bluetooth. Especially since Tiles are pretty cheap (around $20-30).

The Tile system is quite simple and again comes with an accompanying app to help you locate the “thing” it is used with. Its accuracy varies depending on who you talk to, but it’s a good addition to your luggage security, especially if you have expensive equipment. (Think camera gear, drones, skis, surfboard, etc).

Because it is meant to be used as a phone, keys, or pet tracker it also comes with an alert sound that you can activate to help you find what you have placed the Tile on.

The battery lasts about a year and is replaceable – they use a CR2032 battery, which is a standard size you can get almost anywhere.

You can also get them in 2 or 4 packs, or if you want to spend a little less, you can get the standard model which has less range (around 200ft).