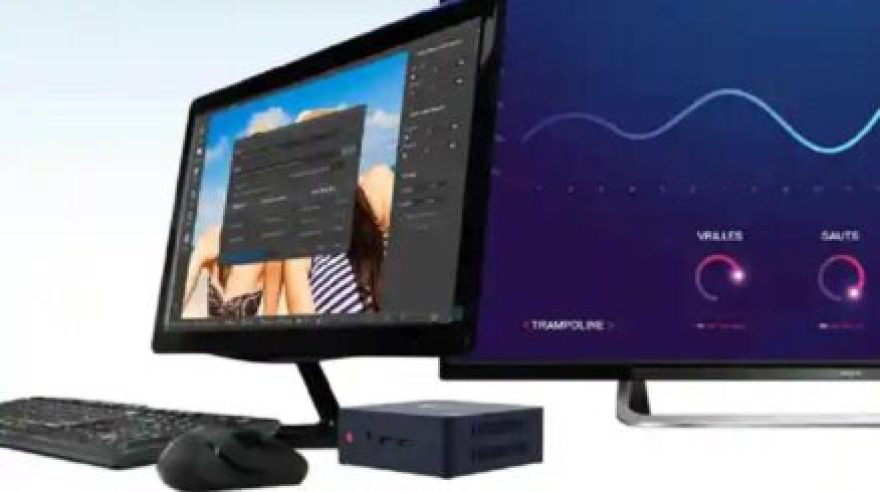 What does NUC mean?

A NUC, short for “Next Unit of Computing”, is a small box-shaped computer that often won’t measure more than a few inches across or deep, containing an entire system crammed into its miniscule chassis. A DIYers dream, NUC computers are sold as barebones kits that users need to assemble themselves in order to get it working. What is the differences – Beelink vs NUC?

In hardware terms, it might be simplest to think of a NUC as a laptop, minus the built-in screen and battery. Indeed, many of the same technologies that have allowed laptops to shrink in size and increase in performance are leveraged in the design of the NUC. Modern NUC models commonly have one or more M.2 slots, and can also often accommodate a 2.5” SATA storage drive. NUCs almost uniformly use 260-pin SODIMM memory modules, and the latest ones support DDR4 memory.

Beelink is one of the external parties like many others who uses NUC to build PCs based on customer demand like for mini PC, home or office work, entertainment or gaming and for digital signage. Beelink also customize NUC to build TV Box.

Intel has been producing NUCs for years, and as such, the CPUs in these units have evolved in tandem with Intel’s mainline processor development, all the way up to 7th generation (as of this article’s publication). Currently, Intel produces NUCs with ATOM™, Celeron™, Pentium™, and all three main variants of Core™ ultra-low power (U) processors. Unlike CPUs intended for a more traditional ATX-based build, NUC processors are hard-soldered to the mainboard, and thus aren’t intended to be installed, uninstalled, nor swapped out by the end-user.

It’s also worth noting that Intel sells its NUC offerings in three main ways. Most common to the consumer electronics market are fully operational NUC systems with a variety of difference in specification. There are also NUC kits, again offering different configurations and features.

Intel also offers standalone NUC motherboards, though these are mostly intended for industrial users, makers and hobbyists, and embedded solutions. Interestingly, a fairly substantial secondary market has sprung up focused on the construction of specialized NUC cases with enhanced and/or special purpose thermal or durability properties. While many of these cases are available separately, some third-party vendors sell full systems of their own design, all built around a genuine Intel NUC.

How much power you can get from NUC?

The power you can get out of a NUC will vary greatly depending on the type of unit you opt for, equipped with anything from an Intel G3258 1.5GHz dual-core and 1GB of RAM, up to an i7-5577u quad-core and 8GB of RAM. In general, NUCs are fairly limited on the number of ports they can hold or the extra features they can support, but they aren’t missed nearly as much when you see that NUCs come with a price to match.

With the 4K streaming revolution waiting just over the horizon, a NUC is a perfect investment for Xbox or PS4 owners who are still holding with bated breath to see if their console will be updated to handle the resolution anytime in the next few years. Most NUCs above $200 can stream Netflix in 4K resolution without a stutter, and even the lowest end models come with ports to plug in the networking equipment you’d need to run a dedicated media server that’s immediately accessible from any mobile device or a separate desktop.

For starters, NUC PCs are great if you’re a road warrior who needs a powerful PC that they can tow along with them when they need to power a big display at a tradeshow, or just to pull a little extra weight that a regular laptop may not be able to handle on its own. Pound for pound NUCs can offer better processors than what you might pay for in a laptop, because with the increased space and airflow that NUCs offer, Intel has been able to equip their NUCs with the full-fledged versions of their Intel Iris HD graphics chips that don’t skimp on power the way their laptop-based counterparts do.

If you want to build a 4K streaming box or something that can run rudimentary games (think mostly 2D and some older 3D titles like Diablo III on the lowest settings), a NUC is a cheap and easy way to fill out your PC lineup without having to empty out your wallet at the checkout counter in the process. Otherwise, if you just want a project computer that you and your kids can build as a team, a baseline NUC is a great weekend hobby that will let their imagination and interest in computers run wild.

What is good in Intel NUC?

Intel Optane memory is a revolutionary new class of non-volatile memory that sits in between system memory and storage to accelerate system performance and responsiveness. When combined with the Intel Rapid Storage Technology Driver, it seamlessly manages multiple tiers of storage while presenting one virtual drive to the OS, ensuring that data frequently used resides on the fastest tier of storage. Intel Optane memory requires specific hardware and software configuration.

Intel Rapid Storage Technology provides protection, performance, and expandability for desktop and mobile platforms. Whether using one or multiple hard drives, users can take advantage of enhanced performance and lower power consumption. When using more than one drive the user can have additional protection against data loss in the event of hard drive failure. Successor to Intel Matrix Storage Technology.