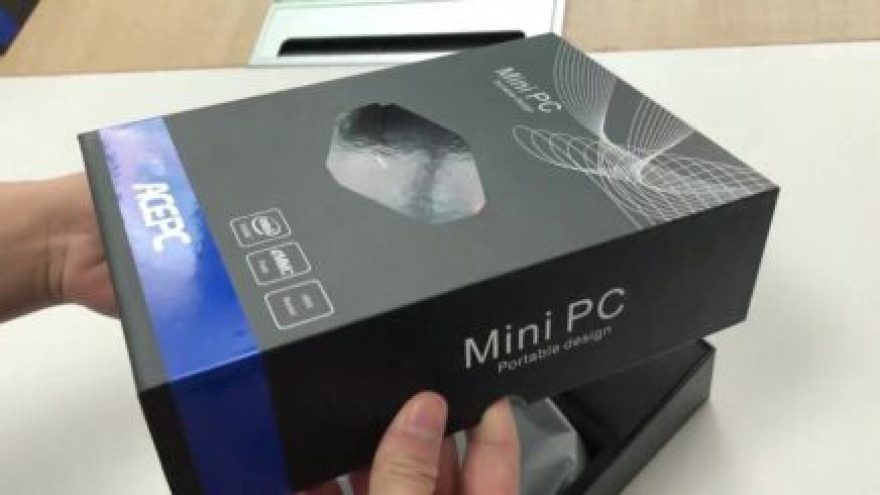 ACEPC CK2 mini barebones PC is a compact PC that uses a box that we have seen and that includes the low-power processor Intel Core i5-7200U, a chip with a power far superior to the Celeron or Pentium that usually mount the miniPC’s and that allows us run serious programs such as editing with complete fluency. A good option for price for those who are looking for something more powerful than usual and that also allows 4k @ 60fps output thanks to its DisplayPort port. Reveal more features on ACEPC CK2 mini barebones PC review.

Better and faster in playing games and watching videos than the previous generation. Meet your requirement for high resolution and give you an enjoyable entertainment experience.

The design of this ACEPC CK2 Mini PC allows you to place it discreetly on your desk, the living room furniture or even behind the monitor, installed with the stand included in the box. In this way, you will always keep a very careful aesthetic in any corner of your house where you decide to install it.

ACEPC CK2 includes an Intel Core i5-7200U processor that has two physical cores and four threads running at a speed of 2.5GHz, integrates an Intel HD Graphics 620 GPU with 24EU and its consumption is between 7.5 and 15W TPD. Inside the small box of the miniPC we also have 8GB of DDR4L RAM, expandable up to 16GB and a 128GB SSD although we do not know the type since this miniPC has an interface M.2 on one side and another SATA3 with a bay for discs of 2 ,5″.

This miniPC ACEPC CK2 also includes in the wireless connectivity section Dual Band WiFi and Bluetooth 4.2. The available connectors found in the perimeter of your box are multiple, 4 USB 3.0, 2 USB 2.0, a pair of audio jacks, Gigabit network port and VGA video outputs, HDMI 1.4 and DisplayPort.