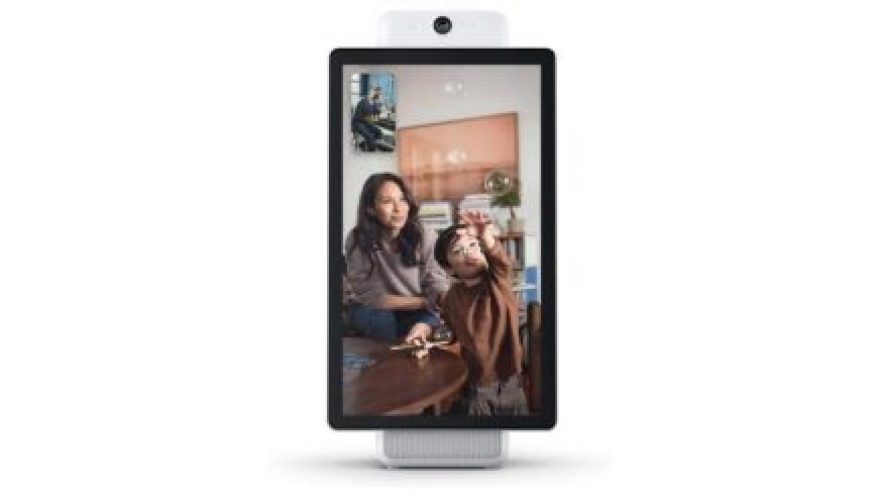 As a digital picture frame, the Portal Plus can show your Facebook photos, your Instagram photos, Facebook photos from your favorite contacts, and photos you upload directly through a smartphone app. You don’t have to use all, or any, of these categories. It can also get a little nudgey about pushing you to talk to people it identfies as currently online, another option you can turn off. As of October 2020, Facebook has also added Zoom, and expects to add more web-conferencing apps (BlueJeans, GoToMeeting, WebEx) to the Portal at some point. Find details in Facebook Portal Plus Smart Video Calling 15.6 touch display review 2021.

What distinguishes the Portal Plus and the Portal from the Echo Show, competing devices powered by Google or even a phone with a decent video chat application like Apple’s FaceTime, is the Portal camera. On both Portal devices, the camera boasts a 140-degree field of view, which gives you a much larger look at a caller’s environment. The camera can automatically pan and zoom around the video image — thanks to a feature called Smart Camera — to concentrate on the person in the frame. Another feature, called Spotlight, tells the camera to focus on a specific person when there are multiple people on screen.

The Portal+ is the larger sibling of the Portal. However, the ‘Plus’ is the most futuristic-looking of the pair, with its bright and responsive 15.6-inch touchscreen which comes connected to a backward L-shaped base made of smooth, quality plastic materials. With just a light touch, the tablet-like screen can gracefully rotate 90 degrees, from portrait to landscape orientation.

The stand comes in minimalist white or black colour options and houses a large loudspeaker at the bottom and a camera at the top. Both the Portal+ and Portal actually share the same camera: a 12-megapixel sensor with a 140-degree field of view and up to 8x digital zoom. They have an identical four-mic array, too, with 360-degree beamforming input. All that effectively means is both Portal devices can follow you and your voice around a room.

Once you pick out a spot in your home, plug your Portal+ in with the included power cord and tuck the cable away so that people and pets won’t trip over. Once powered on, follow the on-screen instructions to connect to your Wi-Fi network and log into your Facebook account. The setup process lets you add up to four different Facebook accounts to a single Portal device.

With its two speakers and rear-facing subwoofer, the Portal turned out pretty good audio for its size. The Beatles’ I Want to Hold You Hand streamed from Spotify was reproduced accurately with a strong bass. However, t higher tones, such as Ringo’s cymbal work, felt a little compressed.

Audio during video calls was equally strong. Thanks to the Portal’s four microphones, callers were able to hear us easily, even if we were ten feet away from the display.

You can use your voice to easily call friends via Messenger, or you can tap their profile photo from the Portal+ home screen, which shows both suggested friends to call and friends that you’ve marked as favourite contacts (tap their photo and hit ‘favourite’).

At any time, you can press the button at the top of the Portal+ stand to completely disable the camera and microphone with a single tap, or you can block the camera lens with the included camera cover. We tend to leave the camera cover on at all times, meaning we have to get up and slide it to the side whenever someone calls us. Interestingly, we don’t do that with our Echo Show, but maybe we would if it came with a camera cover.

Remember, too, that the Portal+ is in our living room, which, for us, is a much more personal space than the kitchen. Because of that, we’re happy that the Portal+ doesn’t have “Drop In” like the Echo Show. Amazon pitches that feature as a way to be able to call and see what, say, your elderly grandmother is doing at any time. It sounds creepy, but it’s handy if she fell and is on the floor and unable to call for help.

So, you can’t use Portal+ for that. But you can use it to just straight-up video call your grandmother if she’s on Messenger. Calls placed from Portal+ can go to other Portal devices or the Messenger app on your friends’ mobile devices. You can also group call with up to six people at once. We’ve never found a group of people who want to video call with us, but we do call our mother often.

The neatest part about video calls, on either Portal device, is that the camera automatically zooms in and focuses on a human subject and keeps them in the frame at all times. If there are multiple people in the frame, you can even select a single face for the device to follow. It doesn’t work on pets, sadly.

The picture is sharp, with high frame-rates, and even the sound is clear and loud, thanks to the 20W speaker (two tweeters and a single 4-inch bass). The Portal also creates what Facebook describes as “virtual mics” for every person on a call, and uses beam-forming tech in the actual mics to zero-in on voices. Facebook’s name for all this is “Smart Camera”, and it’s probably the most high-quality video calling we’ve ever experienced.

You can add functionality to the Portal by installing apps and websites; currently, there are only 12 apps available, including Spotify, iHeartRadio, Pandora, FB Gaming, ABC News Live, Food Network, Story Time, and a web browser.

The Portal comes with 18 bookmarked webpages, which include Yelp, ESPN, Twitch, Instagram, Google, YouTube, and, of course, Facebook. In this way, you can view your Facebook feed, but it’s not nearly as easy to navigate as it is on a laptop or through a dedicated mobile app. The same goes for other sites such as YouTube and ESPN. Advertisement

The Portal’s browser is an ok workaround — it even has an incognito mode — and something you don’t get on other smart displays, but the experience isn’t the best. However, you can expand YouTube videos to full screen.

The Photo Booth app lets you take both stills and video, and apply the same filters as you would during a video call. However, you can’t save the photos or video, only send them via Facebook Messenger.

The Portal comes with two voice assistants: Facebook’s “Hey Portal” and Amazon’s Alexa. But unless Facebook makes drastic improvements to its assistant, there’s very little reason to use it in favor of Alexa.

Let’s start with Alexa. You can pretty much do everything with Alexa on the Portal as you can on any other Amazon device: Control smart home products, play music, play games, and control the volume of the Portal’s speakers.

More importantly, Alexa visual skills are now available on the Portal, so if you want to turn on your smart lights, a slider will appear on-screen, letting you adjust their brightness.

“Portal voice calling is built on the Messenger infrastructure, so when you make a video call on Portal, we collect the same types of information (i.e. usage data such as length of calls, frequency of calls) that we collect on other Messenger-enabled devices. We may use this information to inform the ads we show you across our platforms. Other general usage data, such as aggregate usage of apps, etc., may also feed into the information that we use to serve ads,” the Facebook spokesperson said.

Basically, you could be targeted for ads based on the length and frequency of your video calls, but the specifics of your calls — that is, exactly what you’ve said — will be encrypted.

Given Portal’s microphone, it also bears mentioning the allegation that Facebook listens to our conversations through our phones to help it serve up ads. That would would be an unauthorized, deeply intrusive method of gathering data. Founder Mark Zuckerberg denied accusations of eavesdropping to Congress earlier this year, but the reality remains that consumers have the perception that Facebook uses the information it gathers in ways that feel creepy or detrimental to society. Anyone thinking of buying a Portal should consider that context before making a purchase.